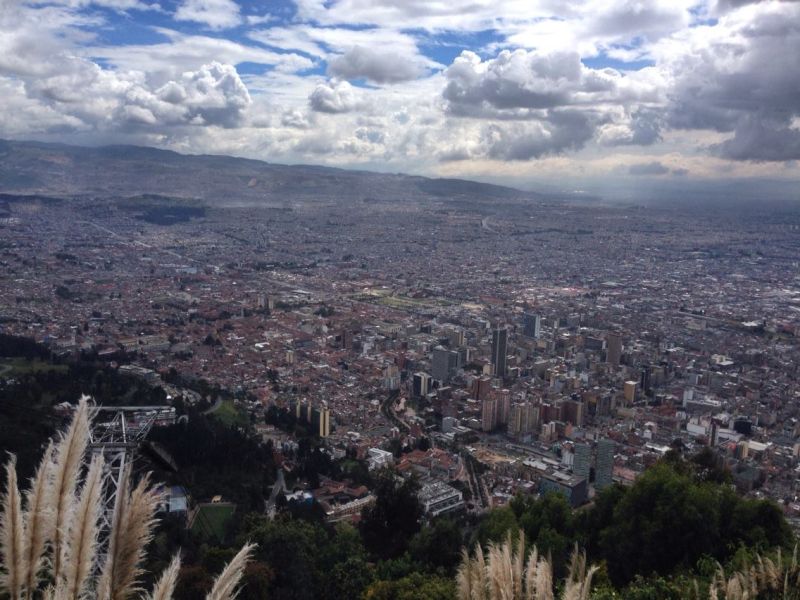 Jet-Setting From Panama City To Bogotá For The Weekend

After having an awesome trip to Medell­n, Colombia last year I have been wanting to return to Colombia to check out the capital city: Bogotá (it took me forever to pronounce this correctly but the correct way to say it is bo-go-tah).

Flights from Panama City to Colombia were previously very expensive – you could expect to pay $600 round trip for the approximately one hour flight. But a few months ago I wrote about how Colombia’s national budget airline, Viva Colombia, was expanding their first international route to Panama City and starting the first affordable flights between the two countries.

I booked my ticket to Bogotá for $230 round trip which I thought was a good deal, but since I booked it they have slashed prices even more! You can get tickets starting at $99 round trip now if you only bring a bag that goes under the seat (doable for a weekend trip). They charge extra to check a bag or put one in the overhead compartment as well as to print a boarding pass so be sure to do that beforehand.

I was originally supposed to go from Thursday to Monday but a few days before they cancelled my Thursday flight and moved it to Friday. I normally would have been upset about this but I had a lot to do before taking off and they gave me a free voucher for a future round trip flight so I’ll save that to go to Medell­n soon. 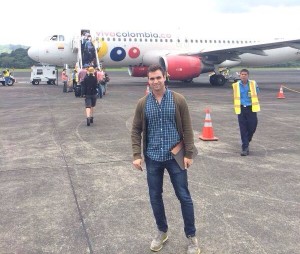 Viva Colombia is the first airline to utilize the newly remodeled airport in Panama Pacifico. The airport is very small and I think they need to work on a better way of organizing the check in process because the line was almost going out the door, but it suits the needs for a small airline.

The flight is quick and I landed in Bogotá an hour and a half after taking off. The airport is huge, modern, and organized and after getting through customs they have several taxis that take you to your address and you pay before going. It was approximately $25 to the apartment I booked on airbnb.com (get $25 off your first AirBnB stay when you sign up through my referral link). I booked a three bedroom apartment in Bogotá’s Santa Barbara neighborhood for $126 a night so it was a pretty good deal for the group of four of us that were going. It was also a very central location and easy to get to other places in the city.

Population: Panama City has approximately 1.5 million people while Bogotá has an estimated 8 million people living in the capital city. I saw way more people walking around on the street in Bogotá compared to Panama City and it overall felt like a more crowded bustling busy city.

Weather: In Panama City it’s always hot, humid, tropical weather with lots of rain 8 months out of the year – it’s basically eternal summer. Bogotá on the other hand is eternal fall. It’s located in the valley of a mountain and the weather is chilly, the sky is grey, and it’s a little rainy. But being able to put on a sweater and take long walks without breaking a sweat is a nice break from the Panama City heat.

Transportation: Both cities have absolutely terrible traffic but Bogotá has done some neat things with their public transportation. They have a “Metro on Wheels” called the Transmilenio where the busses have their own lane to pick up passengers and they are also in the works of planning the first Metro Rail line for the city.

There are also bike lanes and nice sidewalks everywhere so I saw a lot of people riding bikes and walking to get around compared to Panama City. While I was there we didn’t dabble into trying out the public transportation but we used Uber (which is illegal there at the moment because of protesting taxi drivers) and another taxi hailing app called Tappsi to get around. A lot of people said not to get a random taxi off the street there so I recommend getting a prepaid SIM card for your smartphone while your there so you can use those apps to easily get around.

Safety: I wasn’t really sure what to expect in regards to safety in Bogotá. I’ve always heard people say it’s dangerous but I what I found was I felt just as safe there as I do in Panama City. I never once felt that I was in a threatening situation or that someone was going to mug me. We always stayed in a group, didn’t flash any signs of wealth, and stayed in the good areas. I was only there for three days so I am sure living there is completely different, but my perception of the city has definitely changed.

Food: Bogotá is a foodies paradise. There is row after row of streets filled with trendy looking restaurants with amazing and actually affordable food for what you get. What I found was to eat at a very nice restaurant in Bogotá was cheaper than eating at a very nice restaurant in Panama. On our last night a group of four of us went to a pretty fancy Italian restaurant and our bill was $104 including tax and tip which included: 2 appetizers, 3 entrees (portions were big), a bottle of wine, a few beers, a few bottles of waters, and a few more glasses of wine. We were all stuffed at the end and we couldn’t stop commenting how our bill would have been a lot more to receive the same thing at a comparable place in Panama City.

Nightlife: Bogotá has a much higher population than Panama City which means bigger places to party. I was able to check out Armando Records and Kinky in the Zona Rosa area on our first night and then on the second night we went to Andres Carne de Res in Chia, which every person from Colombia will tell you to go to.

My biggest problem in Bogotá was ordering drinks. Whenever I go to a bar I order a vodka soda and I’ve never had any issues ordering that in the states, Panama, or anywhere else. But when I ordered this drink in Bogotá I was handed a shot of vodka, an entire bottle of soda, a glass of ice, and then I would have to mix everything myself and I had to pay for the shot of vodka and the bottle of soda instead of it being in one charge. This happened at three different different places I went to and I also ran into this problem when I was in Medellin last year.

I explained my dilemma to one of our Colombian friends that was out with us on Friday night and he said that what the bartenders were giving me was a vodka soda. I had to explain for a few minutes the type of drink I was trying to get and he finally said: Ahhh necesitas decir “Un traigo de vodka con soda” (“A drink of vodka with soda”). I ended up just ordering beer the rest of the trip so I didn’t get a change to try that out.

From what I have observed after two trips to Colombia is that the locals aren’t big on mixed drinks. They tend to drink Arguardiente (a local alcohol that tastes like licorice) straight from a glass or just do shots of it. I may do the same on my next trip to Colombia to avoid any further drink order complications.

[adrotate banner=”18″]In Panama City if you tell someone that you live on Calle 67 and Ave 5B most people will not know where that is because the address system and street signs in Panama are terrible. You have to say take a left at the McDonald’s and then a second right and a third left and then it’s a house with a blue door – super confusing. Bogotá is lined with properly named streets (calles) and avenues (carreras) so it was pretty cool to be able to tell the Uber driver an address and they would know where to go.

Waiters do not answer to “Joven”

In Panama we shout “Joven” (translates to young person) at literally every waiter, old lady, bus driver, child, food vendor, and stranger on the street to get their attention. This is apparently something unique to Panama because shouting joven at your Colombian waiter is going to get you a confused look after they finally realize you are talking to them. Stick with using more polite terms like “Señor” and “Señorita.”

Will I be back to Bogotá?

YES! The city is enormous and I feel like I only got to try a small fraction of the food, nightlife, and other attractions. Especially with the new low cost flights, it makes Bogotá (and Medell­n) an ideal weekend getaway from Panama City. But could I live in Bogotá? No. It’s too cold for me and I prefer the smaller size of Panama City. I’ll keep enjoying the “PTY Life” (now with visits to Colombia). 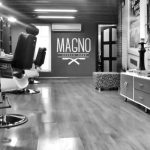 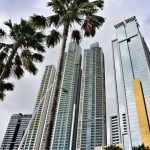