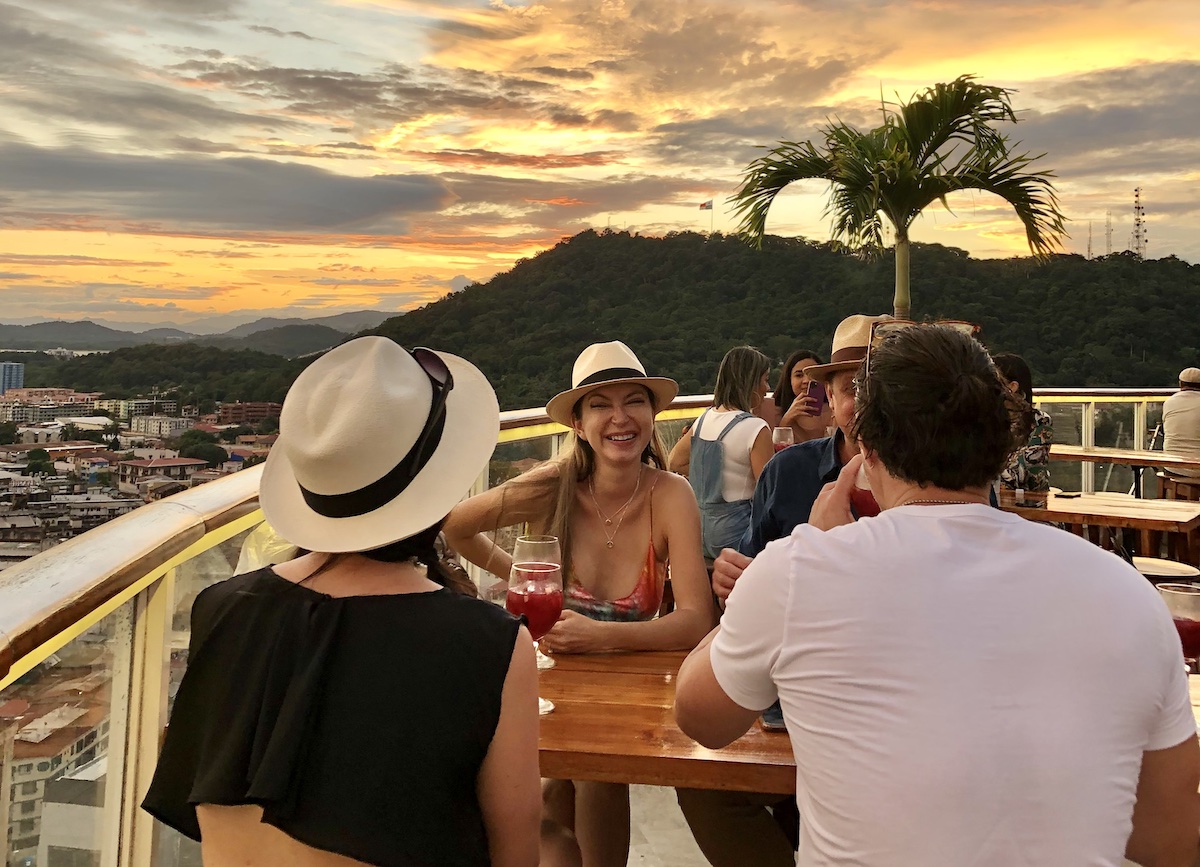 The currency is U.S. Dollar

Panama is a dollar economy but it’s confusing to visitors since they refer to the currency as Balboa. A breakdown of how it works is that Panama has been using the dollar as its legal tender since 1904, thanks to the canal construction. All of the paper dollars you’ll see here are the exact same as you’ll see in the states. The coins are where it gets confusing again, as it’s a mix of the traditional U.S. dollar currency and the Panamanian coins. Some coins have the same look and feel as their U.S. counterparts – a quarter will look like a quarter but have a different design on the front and back. You mainly need to know that medium size coins with a gold circle in the middle are worth $1 and are referred to as a “Balboa” or a “Martinelli” (the president that introduced them). You’ll also sometimes get a large silver coin called a “Peso” that is worth .50 cents and looks like the U.S. half dollar.

It will not rain your entire trip

During the rainy season (April – December), the weather forecast will predict rain all day, every day, often freaking visitors out and deterring them to visit. The reality is that it will typically rain five times a week for 1-2 hours in the afternoon. This is what’s typical but the tropical weather does what it wants. When it does start to rain, TAKE COVER. This is some Jumanji-style rain that will flood the city streets up to your knees and then an hour later act as if nothing happened.

The Cinta Costera park along Panama City’s waterfront is one of the most beautiful projects the government has done for the city. It now totals around 8 km of walking and bike paths with a soon-to-open connection to the Amador Causeway. However, don’t make the rookie mistake of going here at noon. The palm tree-lined paths provide no shade and the only people you’ll see around are a few sunburned gringos. Instead, go at 5 pm when the weather has cooled down and it will be bustling with locals enjoying the modern facilities. While here, be sure to get an iconic photo in front of the Panama sign!

Even though Panama City is hot & humid, you’ll find that locals prefer to wear really tight jeans. It’s not comfortable to wear in this type of climate and is more of a fashion thing. As a visitor to Panama City, I recommend wearing shorts in the daytime because it’s truly hot. However, when you go to an upscale resultant or bar in the evening you will look out of place in shorts (this is talking about men as women have a bit more flexibility in what they can wear out). Instead, pack some long pants that use lightweight fabrics and you’ll be comfortable. I will break “my no shorts in the evening rule” if I’m going somewhere casual that’s outside. Also for men, please only use sandals at the beach or pool.

The water is safe to drink

Yes, you can drink the water in Panama City! This drastically reduces your chances of getting sick while traveling and means you don’t have to constantly buy plastic bottles. The majority of the country has safe drinking water EXCEPT for islands and very rural locations. Just double-check and ask your hotel or Airbnb if the water is safe to drink.

Panama is safe – but practice caution

One of the benefits of visiting Panama is that it’s an overall very safe place to live and visit. Just because it’s safe, doesn’t mean you shouldn’t practice caution. In Spanish, there is a saying “No dar papaya” (don’t show your papaya) which basically means don’t be flashy. Do you really need to wear jewelry worth thousands of dollars out in a developing country – YOU DON’T. Keep it simple and enjoy Panama.

You’ll be relieved to know that Uber works in Panama City and it’s cheap to get around ($3-$5 anywhere you need to go). Uber is especially useful since the city does not have a proper address system so it may be difficult for a taxi driver to know where your destination is.

Don’t rent a car in the city

Nearly everyone who rents a car in Panama City regrets it for a few reasons: the driving is chaotic, there are no addresses, a lack of parking spaces, and the SURPRISE MANDATORY INSURANCE. Yes, there is a surprise mandatory insurance of $20/day! That $20/day is on top of what you already paid so let’s say your car rental ends up being at least $40/day. $40 is probably what you would spend your entire trip to be driven around in an Uber. However, renting a car makes sense once you leave the city. You’ll love having the flexibility to go where you want to and when you want to when exploring the rural parts of the country. You do need to be aware that there are lots of speed traps with cops looking for $20 bribes along the highway so don’t go even a tiny bit over the speed limit.

There is a metro

Panama City has a modern metro system that’s been operating since 2014. You can get you around for only .35 cents and a $2 metro card can be purchased in stations that work on the bus too. There are currently two lines with an airport extension opening in early 2023 and Google Maps works well to plan your route. The metro is not super extensive to getting around to sightseeing spots but you can easily get to the Albrook Mall/Bus Terminal (Albrook Stop), the Cinta Costera (Santo Tomas stop), Casco Viejo (5 de Mayo stop but still a 15 min walk), and the hip Via Argentina neighborhood (Via Argentina stop).

There is not a beach right in the city

Even though the ocean is right there, you can’t actually get into the water in Panama City. However, Panama has some of the best beaches in the region if you know where to go. The closest nice beach is at the new Playa Escondida Resort (on the Caribbean side), only 1 hour from Panama City so you can even take an uber to get here. Visiting here requires a reservation at one of the apartments and there are a few pricey options on Airbnb. If you’re looking for a rustic paradise, then the San Blas Islands won’t disappoint but I recommend staying overnight since the road there is rough. Or you can visit the Pearl Islands for white sand beaches and turquoise water. Getting here is accessible via a 1.5-hour ferry that leaves from the Amador Causeway. If you only have time to go for the day, the day trip to Sonny Island is the BEST and a much more comfortable experience than trying to visit San Blas for the day. Or if you have time for an overnight stay, the beachfront Mar y Oro Hotel on Contadora Island is the perfect place to relax. Taboga Island is another great option and you can book a ferry via tabogaexpress.com or even spend the day on a catamaran with an open bar.

Casco Viejo (also called Casco Antiguo) is my favorite neighborhood in Panama City, and I recommend staying in this area if you can. It’s a stark contrast from Panama City’s chaotic metropolis and instantly feels like you have traveled to an entirely different world, even though it’s only a few minutes away. It’s the hip & trendy area of the city to be in as it has undergone a major facelift in recent years. Casco is a mix of restored Spanish colonial buildings that are now boutique hotels & hostels, apartments, rooftop bars, and restaurants. People often wish they had chosen to stay in Casco Viejo rather than the city center. It’s unique, beautiful, and you’re going to end up coming here a lot anyway so you might as well stay here. Plus it’s amazing being able to walk to everything. Be sure to read my “Quick Guide to Casco Viejo” before you visit. 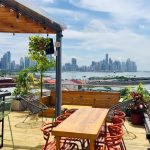 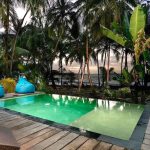 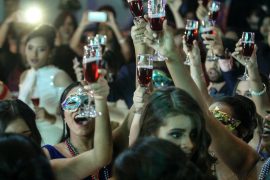