International travel has named the Tocumen International Airpot in Panama for the fourth year in a row, as the top airport in Central America and the Caribbean.

The annual airport awards are presented by Skytrax, considered the “largest, annual global airport customer satisfaction survey.” Skytrax World Airport Awards this year were based on 13.82 million airport survey questionnaires completed by 105 different nationalities of airline customers during the survey period, July 2016 to Feb. 2017, covering 550 airports worldwide, according to the company.

The survey evaluated traveler experiences including “check-in, arrivals, transfers, shopping, security and immigration through to departure at the gate.”

The group goes beyond top airports and gets into the details that make airports great, including the best airports for food. Their choice: Hong Kong. The Asia airports dominate the food category, with Singapore, Tokyo, and Seoul following Hong Kong. Asia airports take six of the seven top spots, with Doha in Qatar in the fifth slot and London’s Heathrow coming in at eighth, the top European foodie airport.

The best airport for shopping was London’s Heathrow, followed by Seoul, Hong Kong, and Singapore. The world’s cleanest airport is Tokyo’s Haneda. 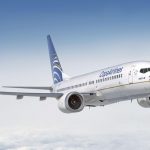 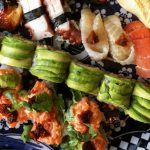