Representatives of the China Railway Design Corporation and the Panama government held their first technical meetings last week to discuss the proposal to build a train route connecting Panama City to the Chiriqui district in the west.

The meeting was moderated by Roberto Roy, minister of Panama Canal Affairs and director general of the Panama Metro, and focused on starting the feasibility study for both a cargo and passenger line, according to Xinhua, the Chinese news service.

The rail line to David would be a major advancement in both trade and tourism for Panama and is a perfect example of how China’s investment can transform Panama. The rail line would turn a trip to the border region into a 2 ½-hour trip, and start the process of creating rail links to Costa Rica and countries to the north. It would also represent another massive infrastructure project for Panama, creating jobs and businesses, as well as more property buyers and renters.

The decision to develop a feasibility study was announced last fall, as part of 22 agreements signed by China and Panama, in the wake of the start of formal diplomatic relations between the two countries last June. But the news that Panama and Chinese officials are already meeting to discuss specifics is another example that the China deals are not simply lip-service—both countries are serious about moving forward on the vast array of opportunities created by the new relationship. 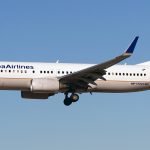 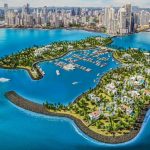