U.S. Vice President Mike Pence made a six-hour stop in Panama on Thursday, using the opportunity to emphasize the close ties between the two countries.

During his quick Panama tour, Pence said Pres. Trump wants to increase trade and investment with Latin America, countering the image of the Trump administration as isolationist.

In his prepared statement with Pres. Juan Carols Varela, Pence said he wanted to “reaffirm the historic friendship between the United States and Panama and to commit to strengthening our partnership in security and prosperity for the continued benefit of our people, our nations, and the hemisphere that we call home.”

Pence also used the format to discuss the situation in Venezuela. “Venezuela is sliding into a dictatorship, and as President Donald Trump told you in your meeting and has declared publicly, ‘the United States will not stand by as Venezuela crumbles,” Pence said. “And you can be assured, Mr. President, we will continue to stand with Panama and with free nations across this hemisphere until democracy is restored for the Venezuelan people.”

Pence stressed the need for unity and joint efforts. “We all live in the same neighborhood,” he said. “We succeed when our neighbors succeed.”

Pence used a stop at the Panama Canal to compare Pres. Trump to Teddy Roosevelt, the American president who spurred the Canal’s construction.

“In President Donald Trump, I think the United States once again has a President whose vision, energy, and can-do spirit is reminiscent of President Teddy Roosevelt,” Pence said. “Then, as now, we have a builder of boundless optimism, who seeks to usher in a new era of shared prosperity all across this new world.”

Pence was originally scheduled to spend the night in Panama but cut the trip short to attend what were described as national security meetings. 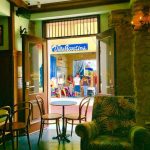 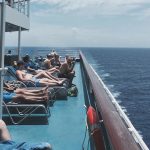