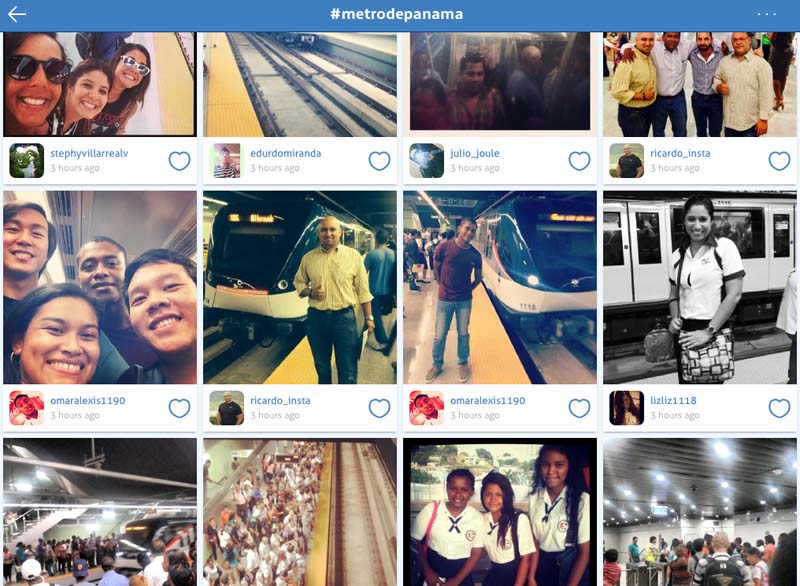 Panama’s first Metro was inaugurated on Saturday, April 5 and then opened to the public on Sunday after 38 months of construction.

The first line of the Metro includes 19 trains each with 3 cars and 15 stations going from Albrook to Los Andes. Operating hours will be 5:00 am to 10:00 pm. Line two is planned to go from Multiplaza to 24 de Diciembre with a connection point to line one.

There are also 27 feeder routes being planned to bring Metro Bus users quickly to one of the Metro stations with two of them operating right now.

Besides this being the first Metro line in Panama it is also the first in Central America. On opening day over 100,000 people (including me) headed to their nearest Metro station to give it a try:

Getting on the stop

On Sunday I took the Metro Bus from San Francisco to the one of the stops on Via España to go to Albrook for lunch. The outside of the stop is built of glistening green glass and there’s plenty of staff to explain where to go and what to do. Escalators lead down to board the metro so no need to waste energy using the stairs and there is even an elevator for handicap access. 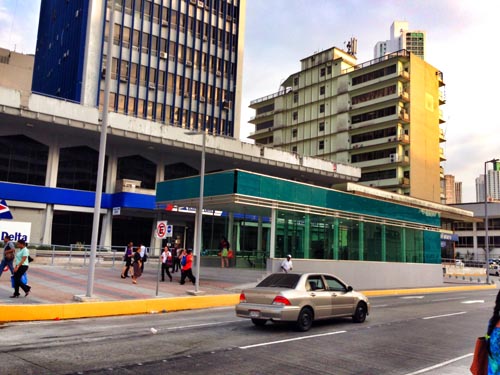 Cost of the Metro

The Metro will be free for the first few months during a trial period but either a Metro Bus card or Rapid Pass card is required to enter. If you don’t have a card there’s plenty of people willing to swipe you through until you get one. President Martinelli made an announcement that the cost of the Metro will not be more than $1 but we are still waiting to hear an exact price.

Waiting for the Metro

One of the awesome things about Panama’s Metro is that the stations have air conditioning! I only had to wait 10 minutes for the Metro to arrive and it was a much better experience than waiting for a Metro Bus in the heat. 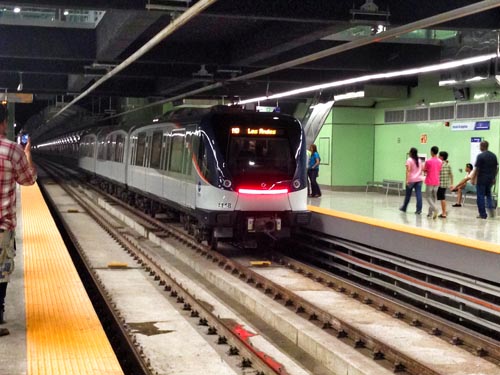 I boarded the Metro heading to Albrook and it was very crowded but that’s what I expected on opening day. Right now the entire fleet of trains is not operating and they will continue adding more during the trial period so this will improve. Even though it was crowded the ride was extremely smooth and I could stand without holding onto anything if I wanted to – quite a change from holding onto dear life on the Metro Bus. 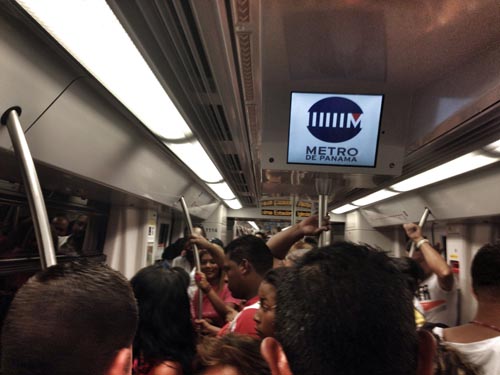 Social media has been flooded with Metro related posts. Entire families were together taking photos of their first Metro ride, Instagram is filled with selfies (I’m guilty of taking one), and people can’t stop tweeting positive reviews. There are currently over 3,000 photos with the hashtag #metrodepanama on Instagram and most of them are selfies. But it’s a historical moment and definitely selfie worthy. 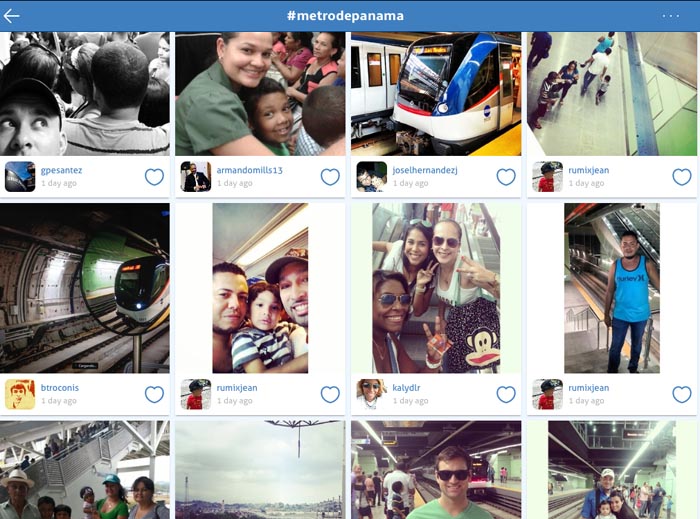 To be honest I was a little worried about how the response on opening day would be because there has been so many problems with the Metro Bus implementation. But it was a success! Boarding the metro was exciting and something that people never thought would be accomplished in Panama.

I noticed so much pride in the faces of the local people as we were all on the Metro. It’s a beautifully planned and reliable transportation system that is going to change quality of people’s lives. People that previously spent at least 2 hours commuting each way to work by bus will now be able to arrive to work much faster. They will be able to spend more time with their family and I’ve heard several people say they can’t wait to get an extra hour of sleep!

When the Metro doors opened at our final stop in Albrook everyone was clapping and cheering. We are going through so many positive changes and it makes me really proud to be living in this country.

Video of the Metro ride:

What do you all think? Leave a comment below with your Metro experience: 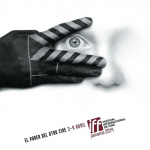 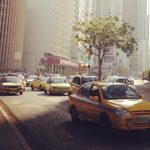