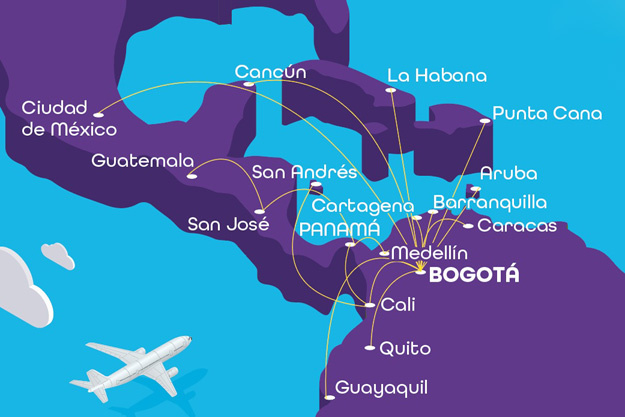 Copa Holdings is launching a new budget airline based in Colombia, that will offer cheap flights throughout the region beginning Dec.1.

The new airline, dubbed Wingo, will initially fly to 16 destinations and 10 countries, including Panama City. Wingo will fly out of Panama Pacifico, west of the canal, with service to Bogota, Medellin, Cali and San Jose, Costa Rica.

Copa Holdings, the parent of Copa Airlines, will operate the new airline through its Colombia subsidiary, Copa Colombia. Many of the flights were previously operated under the Copa Colombia business model, Copa says. Wingo will operate in the mold of Spirit and RyanAir, offering direct flights, a no frills basic ticket and “flexible amenities”—which means the airline willcharge extra for services like checked baggage and food. “The ‘point-to-point’ business model, with a simple organizational structure and low operating costs, allows Wingo to offer low prices and convenient payment methods, as well as the option for travelers to personalize their travel experience with the amenities and services they value during their flight,” Copa said in the release.

Wingo adds a “unique business model” to Copa Holdings’ portfolio, separate than the full-service Copa model, the company said. Wingo “diversifies and expands Copa Holdings’ business and operational models, allowing us to better serve a market segment where many opportunities for growth and development still exist,” said Pedro Heilbron, CEO of Copa Holdings, in the statement.

While not all travelers enjoy the “no frills” approach, Wingo offers the opportunity for better connections around the region. Travelers often express frustration at the cost of traveling around Central America. In many cases it might be cheaper to fly to the U.S. or South America than another country in Central America.

The connection to San Jose might be particularly appealing. Many tourists might like to combine stops in Panama and Costa Rica, but find the cost prohibitive. Wingo is pricing a round trip to San Jose at about $125, according to the airline’s Web site.

Tickets are already available through Wingo.com 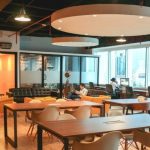 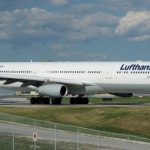