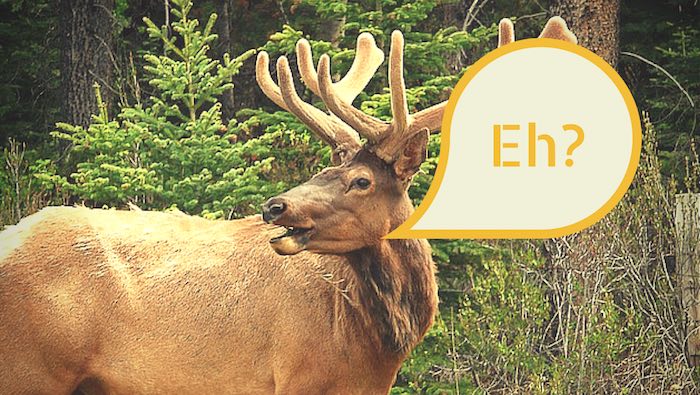 I am a Canadian expat in Panama. When I meet new people here, I am often confused for being an American. It’s an understandable mistake–I’m white, I speak English without a noticeable accent, I watch baseball, and I hang with a predominately American group of friends.

Whenever I tell new acquaintances that I am not from the United States, but in fact hail from The Great White North, something interesting happens. Almost immediately, I notice a change in their perception of me. I go from being a cultural imposition to a cultural anomaly. I become interesting. People want to know if I speak French, eat blubber, ride polar bears, or know their friend Mike from Toronto. 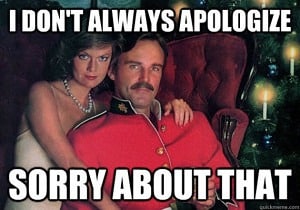 The always-apologizing, docile Canadian stereotype stands in stark contrast to that of the typical “don’t tread on me, I do what I want” American stereotype. However, are either of these simplified stereotypes really so accurate? I think not. I’ve encountered many loud, arrogant Canadians and quiet, polite Americans, which suggests to me that assholes can come from either side of the border.

Yet still, the Canadian identity retains an almost anti-American sentiment based on these stereotypes, regardless of the fact that we share a nearly identical culture with our American neighbors. We watch the same TV programs (save for Canada’s highly coveted national broadcaster, the CBC), listen to the same music, dress in the same fashion, and celebrate many similar holidays. Even our beer is the same (Molson Canadian is owned by Coors Light).

So, if we are so similar, why is it that Canadians benefit from a warmer reception abroad than Americans? My parents once told me a story about a couple of Americans they met while travelling in New Zealand in the early 1980s. The Americans had a Canadian flag sewn to their backpack. When my parents asked them why they didn’t have the American flag, the couple said it was because of the negative view abroad of Americans due to the United States’ international military endeavors. And while it was the Vietnam War that was the cause for such hostility then, the ongoing situation of American military actions in the Middle East suggests that not much has changed when it comes to Team America, World Police.

Perceptions of a nation’s people tend to be largely driven by the international perceptions of the nation’s government.  Americans are seen as the meddlesome, self-interested exploiters and Canadians as peacekeeping, altruistic middlemen. This simplified differentiation may have been true in years past: Canadian Prime Minister Lester B. Pearson received the Nobel Peace Prize in 1957 for helping to resolve the Suez Canal Crisis, and Canadian Lieutenant-General Romeo Delaire desperately tried to turn international attention towards stopping the Rwandan genocide in 1994 (though, his pleas tragically fell on deaf ears). These are the stories of Canadian history we learnt about in school, forming the peacekeeping Canadian identity that so many of us relate to.

Today, this image of Canada, the international peacekeeper, has become nothing but a myth. The current Canadian government is all too eager to join in any military endeavor it can, be it in Afghanistan, Libya, or Iraq. Canada has fighter jets too, and our government wants the world to know it.

Beyond flexing its military muscle, the Canadian government happily supports multinational corporations abroad, no matter the consequences. Here in Panama (and throughout Latin America), Canadian mining companies are very active, and not without controversy. In 2012, the Ng¤be-Buglé, Panama’s largest indigenous group, staged massive protests in opposition to what were mostly Canadian mines expanding into their territory. The protesters were facing forced evictions from their homes and the destruction of their environment. The police brutally cracked down on the protests, resulting in dozens of arrests and injuries and the deaths of two protesters. More recently, concerns about toxic waste leaking from a Canadian mine have been in the news in Panama, and, unfortunately, such situations are not uncommon.

Ironically, it was the United Nations Declaration on the Rights of Indigenous Peoples, which Panama had signed in 2007, that provided some recourse for the indigenous protesters to stop much of the mining taking place in their territory. This is the same declaration that the Canadian government recently scoffed at, being the only UN member nation to reject it. Even the Americans signed it.

Most people, Canadians included, are likely unaware of the drastic shift that has taken place in Canadian foreign policy. When I meet new people here in Panama, these issues are never mentioned. Instead, I continue to benefit from the polite, peaceful Canadian stereotype. I get to chat about hockey, Tim Horton’s donuts, Justin Bieber, or toques. I get to sit above the Americans on the moral-high-ground pedestal, even if it’s undeserved. I get to not be American, whatever that means. 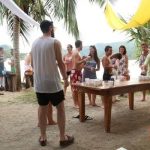 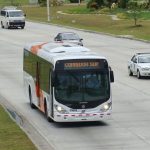