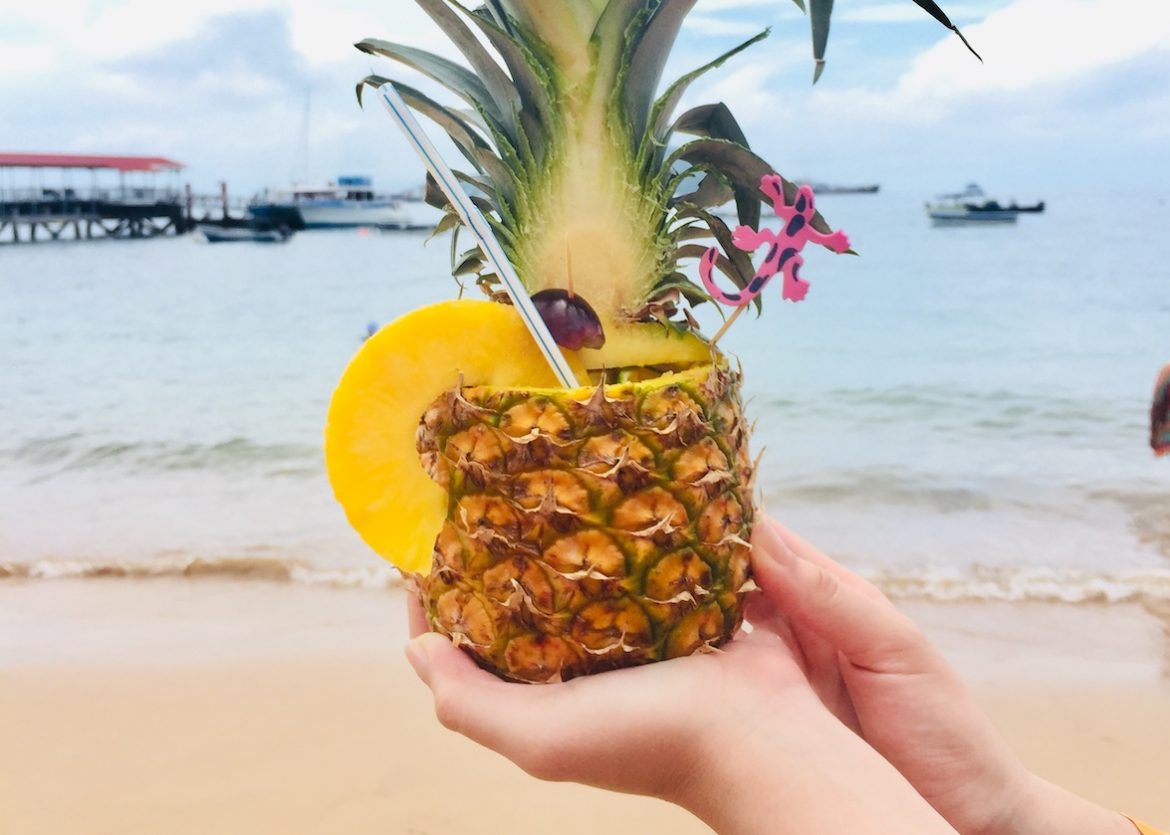 Life in Panama is what you make of it and it can offer an incredible tropical lifestyle with year-round hot weather, beautiful destinations, safety, and overall interesting place to call home. I originally came in 2011 to do a study abroad trip and ended up never leaving.

During my years in Panama, I’ve seen expats come and go, but I never thought I would finally be the one saying adios. After 7+ years of living full time in Panama City, I decided to move to Bogotá, Colombia last year to launch a new lifestyle blog (check out bogotivo.com) and an urban food tour. It was time for a change and Bogotá offers an incredible big city lifestyle that I couldn’t pass up.

I haven’t completely given up my life in the tropics (thanks to cheap flights on Wingo) and I’m back here at least every other month. I am super happy with my decision to start in a new city, but it’s when you move that you miss some of the amazing things that Panama has to offer.

Here are 15 awesome things about living in Panama.

When I lived in Kentucky it was freezing cold for about 4 months out of the year and this is absolutely miserable. It’s not enjoyable to be outside, I had to wear 10 layers of clothes and put them on and off when going into buildings, my skin becomes dry and flakes off everywhere, walking through wet snow makes me want to cry, driving through snow is even worse, and I have around 100 other reasons why I am anti-winter. Not dealing with winter has been a life-changing decision and provides a much better quality of life. In Panama, it’s summer all year long (they do refer to rainy season as “winter” but it’s the same temperature) so you can enjoy the pool anytime you like.

At a time when cities are being destroyed by hurricanes, earthquakes, tsunamis, etc – it might be a good time to look at destinations that are “free of natural disasters”. In Panama, there have been no catastrophic natural disasters and the only weather patterns here are the dry season, where it doesn’t rain for about four months, and wet season where it rains for about an hour a few days a week.

One of the benefits that Panama has over it’s neighboring countries is safety. There are plenty of dangerous areas of Panama like in every city but I have never felt in danger nor been mugged my entire time here. The crime that does happen in Panama tends to be petty crime or targetted crime (meaning you were involved in something you were not supposed to be doing). Other than that, there is an overall sense of safety in the air.

Coffee culture has come a longgggg way since when I first moved to Panama City. I remember when New York Bagels used to be pretty much the only coffee shop in town. Now you have places like Unido, Mentiritas Blancas, Bajareque, Leto, and many more taking Panama’s coffee to the next level. The majority of the coffee in Panama is grown in the highlands of Boquete – which between its elevation, climate, and terrain, has the perfect storm for harvesting unique varieties of coffee. For example, Geisha, the world’s most expensive coffee, is grown in Panama.

Whether it be for work, opportunity, lifestyle, or safety – Panama seems to be a connecting point for meeting really interesting people that I would have never met anywhere else. I’ve made friends with people from Panama (obviously), Colombia, Venezuela, Nicaragua, Canada, a few countries in Europe, and lots of people from the states that are some of my best friends now. The only downside is that most foreigners you meet won’t be in Panama forever so try to make lots of local friends.

Carnavales are the most insane three days of partying I have ever done. It’s drinking all day, urinating on yourself, being hosed down with water, taking a nap, and then drinking all night. There’s 1000’s of people, earsplitting music, beautiful parades, and elaborately dressed “Carnaval Queens”. It’s a hot mess that everyone must experience once in their life.

I’m a believer that if you want to learn Spanish, you have to live in a Spanish speaking country. If it wasn’t for the time I spent in Panama I wouldn’t be nearly fluent in Spanish today. It’s a combination of taking classes (check out Casco Antiguo Spanish School), watching Spanish Netflix shows with Spanish subtitles, reading, and actually making an effort to speak with people. However, now that I’m living in Colombia I am realizing that Panamanian Spanish is much harder to understand so don’t feel discouraged if you’re lost in a conversation here.

When Panama separated from Colombia in 1903, they definitely got the better islands out of the deal. I’ve been to a few islands in Colombia and they just don’t compare, nor do they have as many begin with. In Panama you have the Pearl Islands, San Blas (which has 365+ islands), Coiba, Bocas del Toro, and Boca Chica – just to name a few. Read my other post “14 Incredible Islands YOU MUST Visit In Panama” to find out my favorites!

Sometimes I get really frustrated with the mañana attitude in Panama because it feels like nothing ever gets done, but it’s really grown on me over time and kind of love it now. We don’t need to always to accomplish the world in one day, it’s ok to leave a few things for mañana and let things happen as they happen.

Every weekend is an opportunity to take a “mini-vacation” by relaxing at the pool, going to the beach, or heading up to the mountains. Most people only get to dream of doing this for one week out of the year and we get to do it whenever we want. And what I love about Panama City is the proximity of beautiful places OUTSIDE the city. You can easily get to El Valle, Pearl Islands, San Blas, Cajones de Chame, and more within 2 hours. I also recommend signing up for Oferta Simple for amazing deals on hotels, day-trips, spas and more to save on your next “mini-vacation”.

Expect any imported or processed food to be EXPENSIVE in Panama. So what was my solution? I became “half vegetarian”, meaning I usually stick with only cooking vegetarian meals at home to be healthier and save money. For a supermarket, I find El Rey to have decent prices on produce, but where you can really save is by buying from street vendors (there are lots around Avenida Central) and visiting the produce markets. Mercado San Felipe Neri is one of the easiest markets you can visit in the city and is located near the Mercado de Mariscos, where you can pick up fresh & affordable seafood as well.

The price of liquor shouldn’t be the reason you move to Panama, but it’s a nice bonus. The country has low taxes on alcohol so it’s pretty inexpensive to buy a bottle of booze at the grocery or liquor store. I’m comparing this to Colombia, which has high taxes on alcohol. I found that a bottle of Aguardiente (the liquor produced in Colombia) is actually cheaper to buy in Panama than in Colombia. However, while liquor is cheap to buy at the store, the bars have not passed on this discount to consumers, so expect to pay $7 – $12 for a cocktail in Panama.

I lived in Panama during the era of Diablo Rojo busses and taxi drivers that always told me “no ” so I am honestly impressed to see how modern public transportation is now. The Metro Bus finally has coordinated routes and works well, there are TWO metro lines, and the city figured out a way to make Uber legal. With the modernization of public transportation, it has somehow remained cheap! The bus is .25 cents, the metro is .35 cents, and an Uber is normally between $2 – $5.

Panama’s currency is officially called the Balboa which is actually just U.S. Dollars with their own coins thrown in. If you’re coming from the states it makes moving here an easy adjustment, but having USD as the official currency does have other benefits. It’s a stable & strong currency, it keeps inflation down, and you don’t have to deal with exchange rate risks. For example, Colombia is cheaper than Panama right now ONLY because you’re converting your USD to pesos. The only “negative” would be that you’re not getting any type of exchange rate benefit in Panama like you do in Colombia.

There’s just something about living by the ocean and it’s one of the things I love most about Panama City. Whether you’re walking along the Cinta Costera, at a rooftop bar, or enjoying the sunrise after a night out – you can’t deny that Panama has some stunning ocean (and city) views. 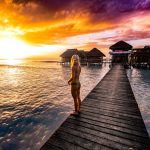 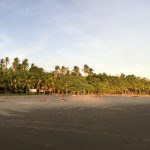 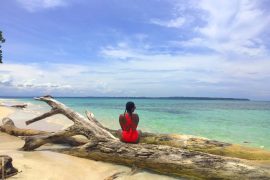 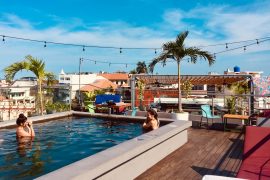 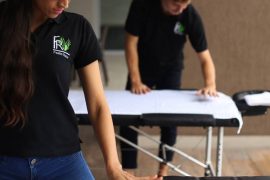 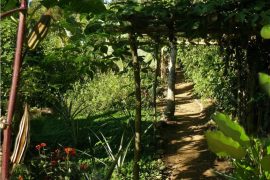 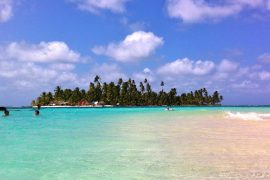 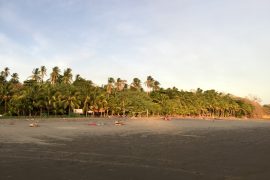 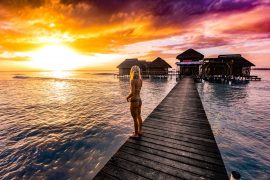